This pinned post is a handy guide to the resources in this section. Each resource is hyper-linked from here:

Planning and ideas and displays:

KS3/GCSE and A Level topic resources

This is a developing project. Madeleine Blaess was born in France, but grew up in Acomb and went to the Bar Convent School (now All Saints). She was trapped in Paris during the Nazi occupation and wrote a diary recording everyday life under occupation. She managed not to be interned, by pretending to be French. Two of her friends were murdered in Auschwitz. After the war she was an academic in Medieval French Literature at the University of Sheffield. The diary was revealed among her papers, which she left to the university when she died in 2013.  This was left to the University of Sheffield at her death.

The University of Sheffield are working on these papers and the diary is shortly to be publisned open access at White Rose University Press (which itself is something YorkClio folk should know about!) There is also a 35 minute film on its way.

This promises to be a fantastic way for York History and French teachers to connect a local story to a much bigger story that is commonly taught. We hope to develop the connection with this project further. 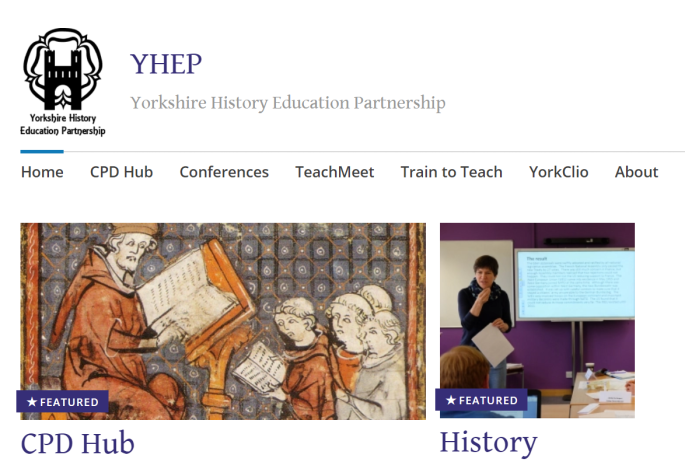 This week we have launched YHEP: the Yorkshire History Education Partnership

It is intended to be a site for drawing together, celebrating and promoting history subject-specific ITT and CPD. YorkClio is, of course, a fantastic example of Yorkshire based partnership in action. You can follow on Twitter @YHEPnews and a Facebook group is arriving next week. Meanwhile, we hope Yorkies are enjoying Residents’ First Weekend despite the drizzle.